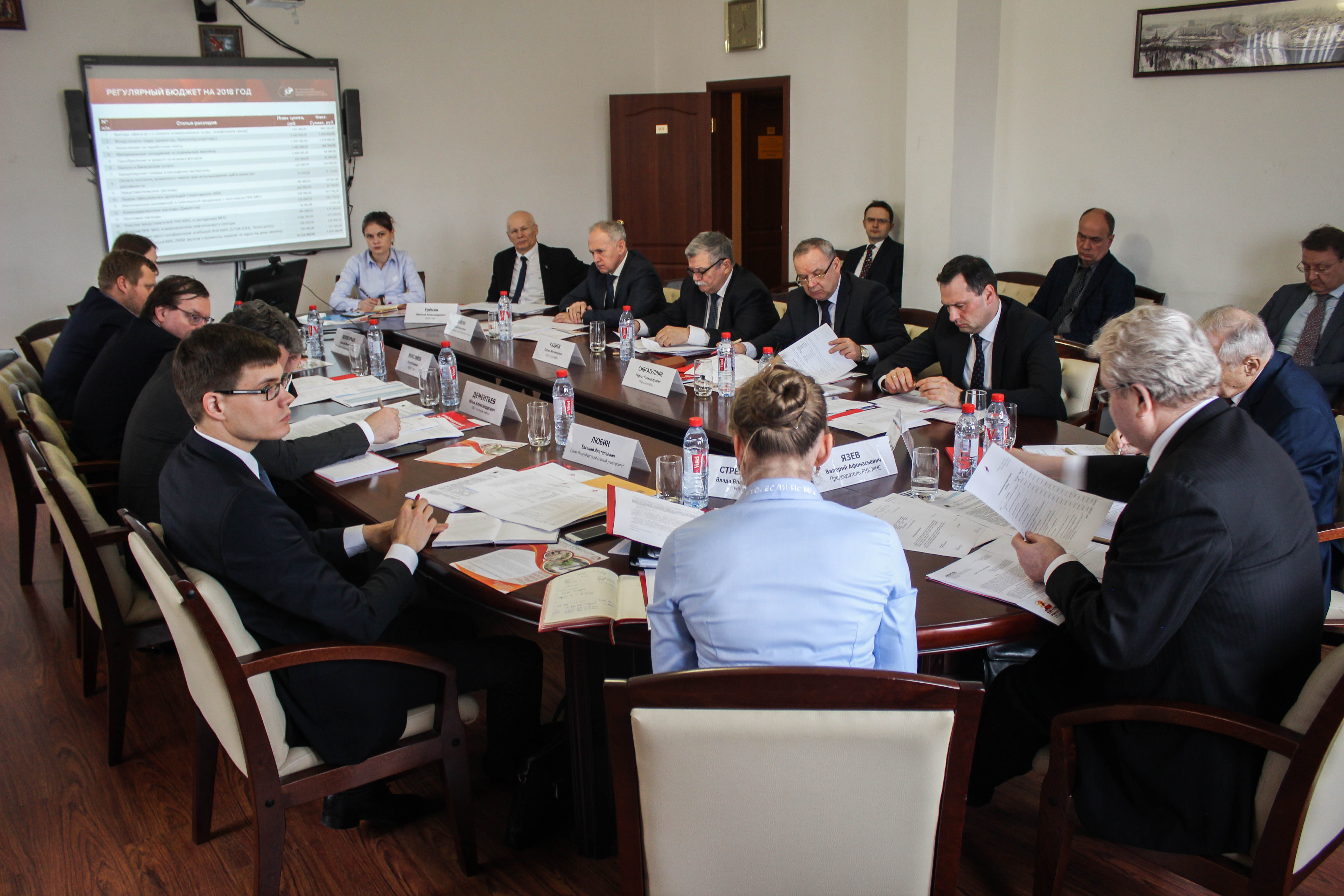 The Plenum of the Russian National Committee of the World Petroleum Council was held in Moscow. The participants discussed a wide range of issues related to the current and future activities of the RNC WPC, financial and organizational support for the activities of the Association.

The participants of the Plenum paid special attention to a set of issues related to the preparation and holding of the 6th Youth Forum of the World Petroleum Council - the Forum of Future Leaders. This large-scale international event, for which the RNS WPC is responsible, will be held in St. Petersburg on June 23–28, 2019.

Reporting on the state of affairs, the Director of RNC WPC Vlada Streletskaya highlighted that the preparatory work is being carried out systematically, with the support of the Ministry of Energy of the Russian Federation and the Secretariat of the World Petroleum Council. The positive role of Russian companies in the oil and gas industry, which sponsorship helped to successfully resolve issues with the financing of the event, was particularly noted. A significant contribution to the preparation of the Forum was made by the Saint-Petersburg Mining University, which is a member of the RNC WPC and who took upon itself the solution of a wide range of organizational issues.

After giving a positive assessment of the activities of the RNC WPC Directorate, related to the preparation of the Future Leaders Forum, the participants of the Plenum expressed a number of proposals and wishes. In particular, it was proposed to step up work with the speakers and publish in the near future a detailed business program of the Forum.

At the Plenum, applications for membership in the RNC WPC received from the Interregional Scientific and Technical Center Stroyneftegaz and the Scientific-Production Enterprise ORION were reviewed and received support.

The Plenum approved the audit report and the report of the RNC WPC on the implementation of the regular budget of the Association for 2018, and also discussed the issues of formation of the revenue base and the implementation of the regular budget for 2019. In particular, in connection with the increase in the number of organizations - members of the RNC WPC, it was decided to agree with the proposal of the Directorate of the Association to reduce the membership fee in 2019.

Plenum participants discussed a number of other issues, made decisions on them and made recommendations.

The Plenum was chaired by Valery Yazev, Chairman of the Russian National Committee of the World Petroleum Council.