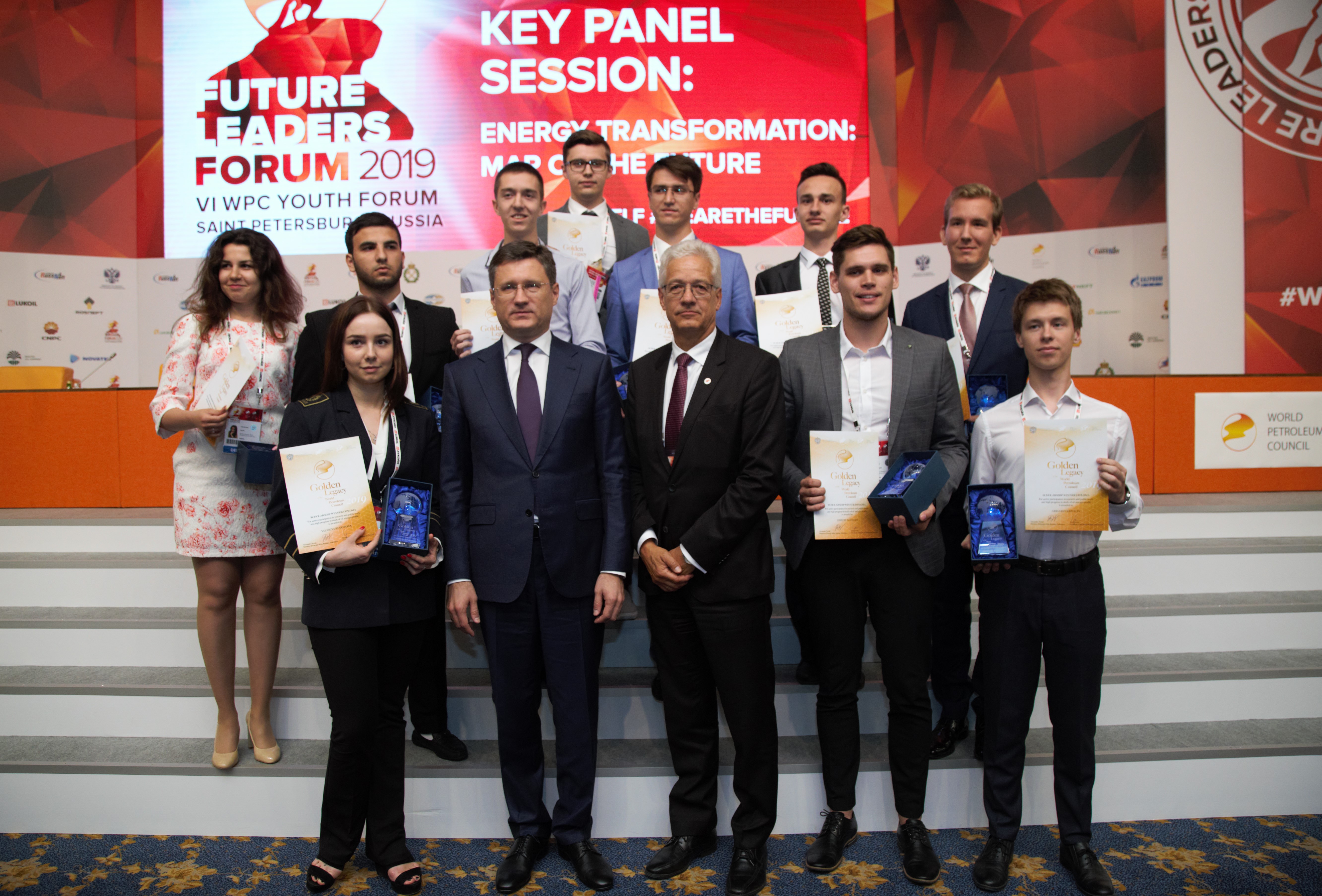 The “Golden legacy” scholarship was established by the RNC of WPC in 2015. Since the first edition many distinguished students and postgraduates with an active life position in their studies were recognized by WPC local organization. Scholarship Committee takes into account criteria such as a high GPA (above 4.75), the presence of academic, sporting, creative, social and other documented achievements. Applicants also had to share their stories via essays on topic “Why am I worthy of the scholarship” and recorded video in English “My place in the oil and gas industry”.

Aleksandr Kormishin is one of the scholarship recipients. He recently finished studies on Energy economics and business administration in MGIMO University and is deeply involved in BRICS (Brazil, Russia, India, China and South Africa) international organization. He focuses his work in national energy preparation of those five countries, currently working on International Energy Outlook called BRICS energy outlook. Research that focuses on areas such as natural gas perspectives, clean energy technologies, energy transition, also perspectives for oil and gas industry, or technology issues. When asked how he feels after receiving the award he told that he is honored and happy to be considered for the scholarship. Every student in this selected group did an amazing research and has a bright career ahead. WPC will continue helping young people in their development.

Let’s hope that the industry members will unite to find the best solutions in the energy transition era.