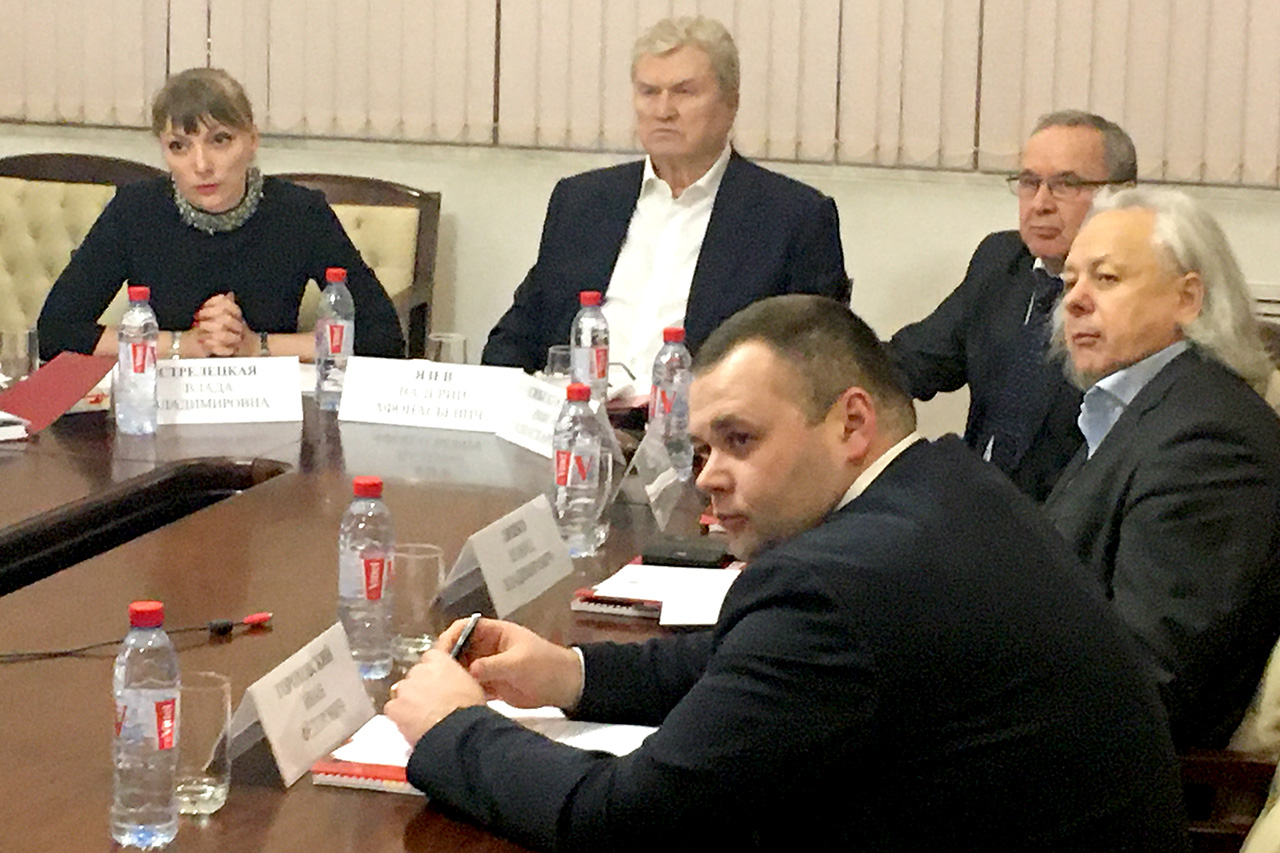 The General Meeting (Plenum) of the Russian National Committee of the World Petroleum Council was held in Moscow. The participants summed up the preliminary results of the outgoing year and discussed measures to ensure the effective operation of the organisation in 2020.

"This year was a busy, intense and responsible one for the RNC. The main thing for all of us was the preparation and holding of the 6th Youth Forum of the World Petroleum Council – Future Leaders Forum in St. Petersburg. This organisationally challenging and large-scale international event brought together 1,345 participants from 62 countries, who were offered an extensive technical and diverse cultural programme," - said, the Chairman of the RNC of the WPC, Valery Yazev while opening the meeting.

Noting that all members of the RNC of the WPC took an active part in the preparation of the Future Leaders Forum, V. Yazev emphasized the role of Saint Petersburg Mining University – which has become not only a venue for the Forum, but also played an active role in accommodating and organising the guests' stay, in the formation and implementation of the programme of the event. "It goes without saying that the key role in this was played by Vladimir Litvinenko personally, Rector of the Mining University", – stressed the Chairman of the RNC of the WPC.

Having heard the report of Vlada Streletskaya, Director of the RNC of the WPC, the participants of the meeting positively evaluated the Association's activity in 2019. It was noted that the success of the Future Leaders Forum was largely due to the close cooperation of RNC of the WPC with the Russian government authorities and the Administration of St. Petersburg, the World Petroleum Council, industry companies and specialised educational institutions.

The participants of the meeting supported the suggestion of the directorate to use and develop the experience of work with young people gained during the preparation and holding of the Future Leaders Forum. In 2020, the RNC of the WPC will launch a comprehensive programme of professional training for young people "Energy League", including winter and summer schools for high school students, internships, mentoring, scholarship "Golden Legacy of the WPC", various formats to support the scientific and technical creativity of students and young professionals. At the same time, in 2020 the youth agenda will be supplemented by the implementation of relevant projects and programmes aimed at studying and analysing industry-wide issues, promoting Russia's interests in the international arena.

One of the central questions on the agenda of the meeting was the discussion of issues related to Russia's participation in the 23rd World Petroleum Congress, which will be held in Houston (USA) in December 2020. In particular, there was a support for the Directorate's proposal to initiate the inclusion of a special Russian session in the Congress programme.

"The Future Leaders Forum held by RNC of the WPC was a bright and memorable professional event. The success of the Forum strengthened the position of our country in the World Petroleum Council. One of the evidence of it is the unprecedented high level of Russia's representatives elected as chairmen and deputy chairmen of the sessions of the 23rd World Petroleum Congress. Undoubtedly, the formation of a representative Russian delegation to participate in the Congress will be a top priority for the RNC of the WPC in 2020. The support of this and other initiatives of the Directorate by all participants in the meeting creates favorable conditions for the implementation of everything planned", – said Vlada Streletskaya.