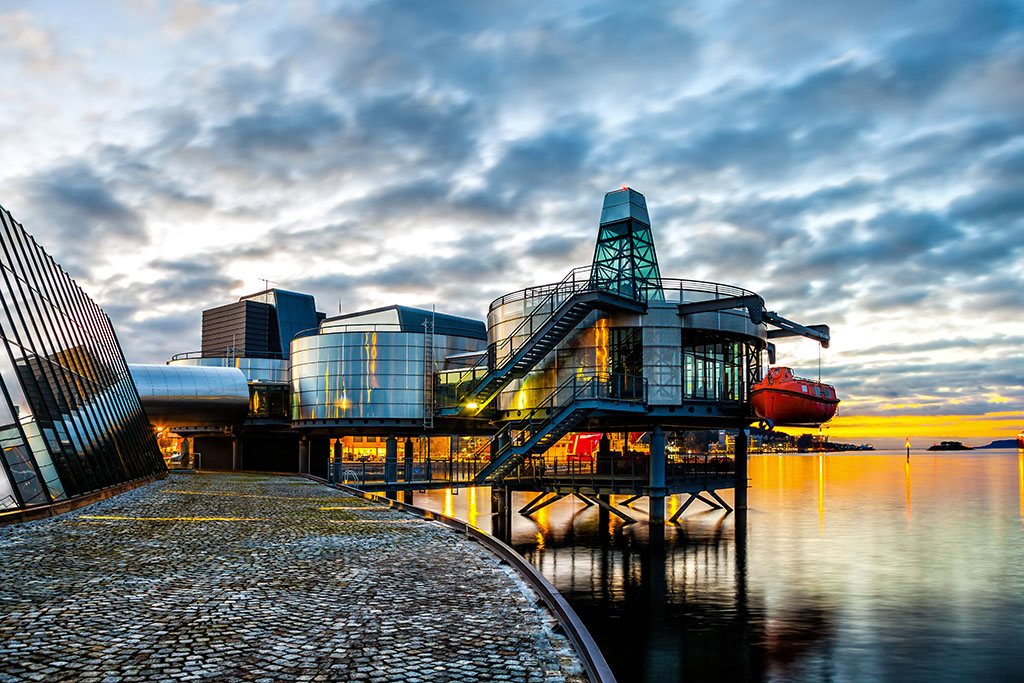 In Stavanger (Norway), classes of the winter school of the Russian National Committee of the World Petroleum Council "EnerGenious" were completed. The five-day educational course was aimed at broadening the understanding of young people from Russia about the oil and gas industry and awakening their conscious interest in working in the industry.

The participants of the programme were high school students from St. Petersburg – winners of international subject Olympiads, as well as students of St. Petersburg Mining University who distinguished in their studies and proved the success in scientific and technical creativity.

"One of the key problems of the global oil and gas industry is the succession of generations. In times of energy transition and digital revolution, increased attention to environmental protection, the interest of young people to work in the oil and gas industry is declining; many people unreasonably believe that hydrocarbons have no future. The “EnerGenious” school is one of the directions of the youth programme of RNC of the WPC. We strive to attract the best representatives of the new generation to the most important industry for the country's economy, to help them choose their profession and reveal their personal potential," – said Vlada Streletskaya, Director of the Russian National Committee of the World Petroleum Council.

Classes under the "EnerGenious" Winter School programme are held not only in classrooms, but also at production facilities. In February the educational course was organised in Nizhnevartovsk, the oil capital of Khanty-Mansiysk Autonomous Okrug – Ugra and Russia, and on March 2-6 classes were held in Stavanger, which is called the oil capital of Norway. This approach allows the participants of the school "EnerGenious" to get acquainted with the most significant production facilities with a rich history, to communicate with leading specialists of the oil and gas industry.

In Norway, the participants of “EnerGenious” were addressed by speakers with rich professional experience from the University of Stavanger, the international energy company Equinor, the research center SINTEF Petroleum, other companies and organisations related to the oil and gas sector in Norway, as well as invited specialists from Russia. The participants of the winter school visited the Norwegian Petroleum Directorate, the National IOR Centre at University of Stavanger, the Norwegian Petroleum Museum, and the Halliburton office. At the opening ceremony of “EnerGenious” school representatives of Russian youth were greeted by Tor Fjaeran, President of the World Petroleum Council, and Sergey Filatov, Director of the Department of Subsoil Use and Natural Resources of the Khanty-Mansiysk Autonomous Okrug – Ugra.

"The idea of organising "EnerGenious" winter and summer schools, as well as a number of other events of the youth programme of RNC of the WPC, was born and strengthened during the preparation and holding of the VI Youth Forum of the World Petroleum Council – Future Leaders Forum. It was triumphantly held in St. Petersburg in June 2019. The programme of winter schools in Nizhnevartovsk and Stavanger was financed from the funds remaining after the Future Leaders Forum", – said V. Streletskaya.

"Taking into account the great role of St. Petersburg in the success of the Forum, we have decided that the first participants of the winter school "EnerGenious" should be young representatives of this city. The Administration of St. Petersburg, first of all, Committee on Tourism Development and Committee on Education, as well as the rectorate of St. Petersburg Mining University, helped the organisers to invite into the school the best out of the best ", – stressed the Director of RNC of the WPC.