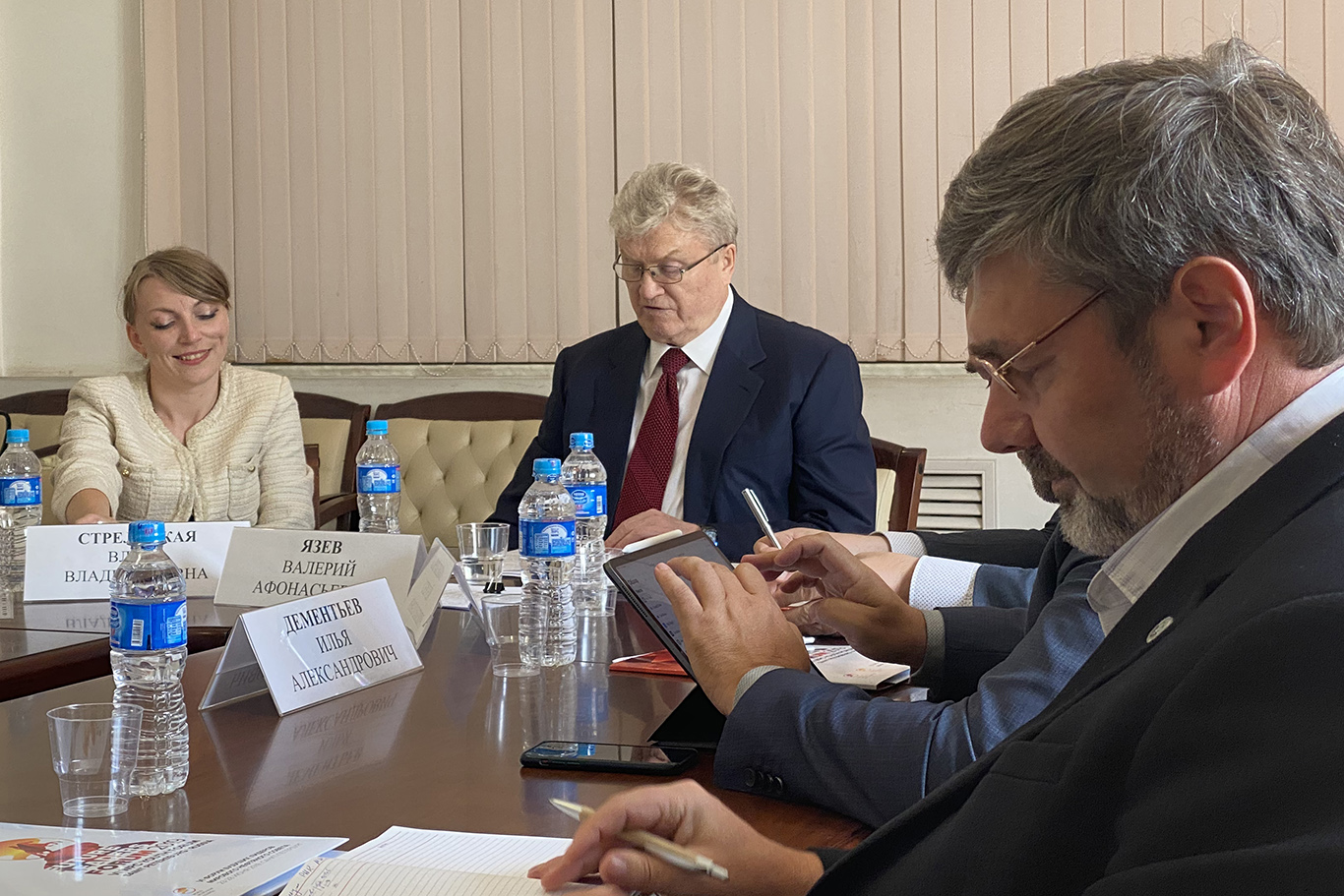 The General Meeting (Plenum) of the Russian National Committee of the World Petroleum Council was held in Moscow.

The participants listened to and discussed the report on the work of the RNC of the WPC in the first half of 2020, approved the audit conclusion on the execution of the budget in 2019, considered a number of financial and organisational issues, clarified the work plan of the Association for the second half of the year, made decisions on a number of other issues. Special attention was paid to the preparation for the World Petroleum Congress.

Opening the discussion, the Chairman of RNC of the WPC Valery Yazev noted that even in the conditions of restrictions caused by the coronavirus, the Russian National Committee of the WPC continued its active work. Two educational programmes were successfully implemented within the framework of the RNC of the WPC Winter School – in Nizhnevartovsk (KhMAO – Ugra) and Stavanger (Norway).

The programme of the 3-month case marathon "EnerGenious" was fully completed, the final part of the event and the awarding of the winners took place in a festive atmosphere in St. Petersburg. The competitive selection of students and postgraduates of specialised universities of Russia, awarded with the RNC of the WPC scholarship "Golden Legacy of the WPC", was held in due time.

One of the main of RNC of the WPC activities in recent months was the expansion of partnership relations with regional administrations, professional associations, educational centres and companies of the industry. Cooperation is particularly fruitful with the St. Petersburg Mining University and the International Competence Centre for Mining-Engineering Education under the auspices of UNESCO.

Having heard the information from Vlada Streletskaya, Director of the RNC of the WPC, the participants of the meeting discussed the tasks on preparation of Russian delegation’s participation in the 23rd World Petroleum Congress. It will be held in Houston (USA) a year later than the previously mentioned dates: December 5–9, 2021. It was emphasised that the additional time should be used for wider involvement of the leading local oil and gas industry specialists in the Russian delegation, maximising the opportunities of this major international platform for the promotion and protection of Russia's interests in the world arena.