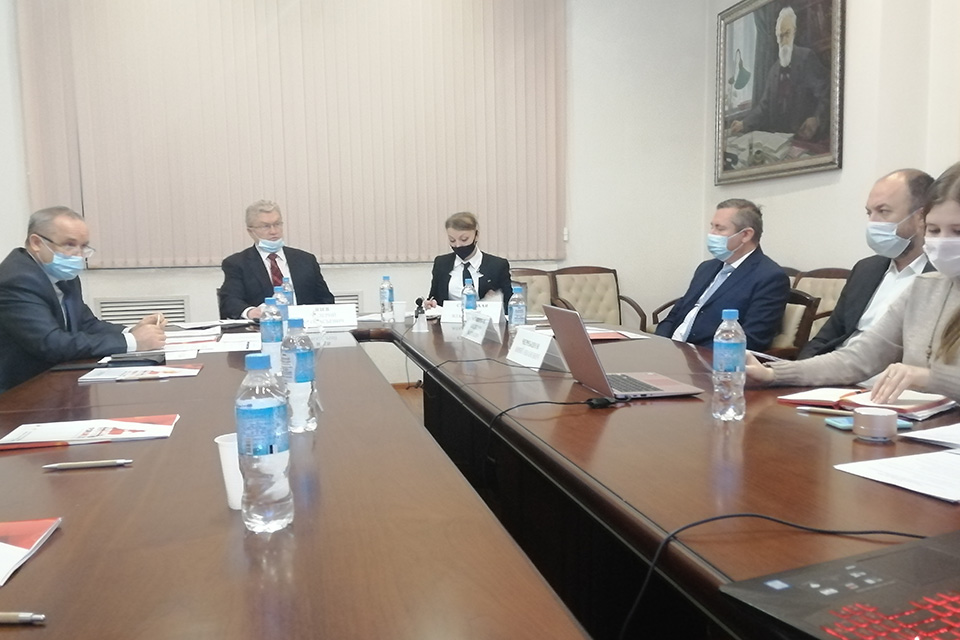 On 19th January the General Meeting (Plenum) of the Russian National Committee of the World Petroleum Council was held in Moscow. The participants discussed a wide range of issues related both to the current situation and future development of the Association.

While opening the discussion, Valery Yazev, Chairman of the RNC of the WPC, stressed that in conditions of restrictions caused by the difficult epidemiological situation in the world, the Association has not reduced its activities, has been quite successful in implementing the plans, preparing and holding events, taking initiatives and developing cooperation.

Vlada Streletskaya, Director of the RNC of the WPC presented to the Plenum a report on the Association's work in 2020. Among the main activities successfully carried out last year were RNC of the WPC Mentoring Programme, the Golden Legacy and the EnerGenious – 2020 educational project, which included a case-marathon and classes at winter schools organised by RNC of the WPC in Nizhnevartovsk (Khanty-Mansiysk Autonomous Okrug – Ugra) and Stavanger (Norway).

The support of the World Petroleum Council, Federal Authorities, St. Petersburg Administration, Government of the Khanty-Mansiysk Autonomous Okrug – Ugra, leading oil and gas companies of Russia, St. Petersburg Mining University, Gubkin University, the International Competence Centre for Mining-Engineering Education under the auspices of UNESCO have played a significant role in the success of RNC of the WPC initiatives.

The Plenum reviewed and approved the Association's main activities plan and the 2021 regular budget. It was stressed that the main Association's activity in the coming months should be preparations for the World Petroleum Congress in Houston (USA) in December 2021, ensuring Russian participation in this major international event.

In addition, the Plenum participants considered other questions on the agenda.