RNC of the WPC participates in “Oil Capital” Forum 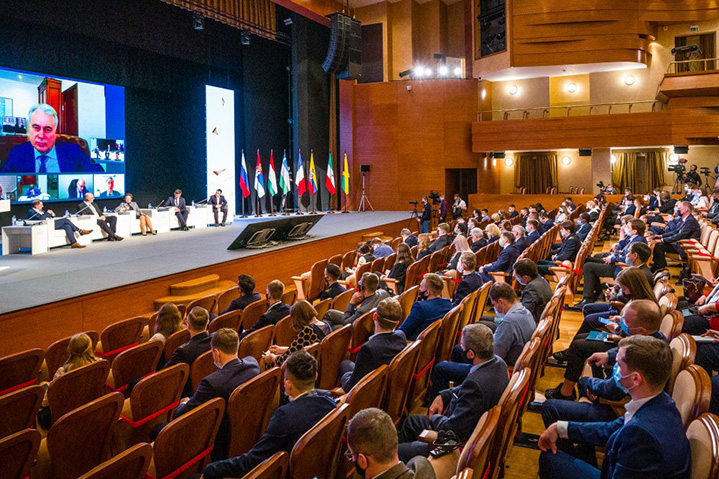 On 24th March IV International Youth Applied Research Forum “Oil Capital” opened in Khanty-Mansiysk. It is hosted by the Government of Khanty-Mansiysk Autonomous Okrug-Ugra. Russian National Committee of the World Petroleum Council is one of the organisers of this large-scale industry platform aimed at the youth audience.

This year's Forum is dedicated to the 90th anniversary of the birth of the discoverer of oil in Siberia, Farman Salmanov. Sixteen countries have confirmed their participation in the Forum.

Two educational events of the RNC of the WPC are held at the Forum venues: “EnerGenious” Winter school and the final of the case-marathon. The Forum's extensive programme also includes the International Youth Scientific and Practical Conference under the auspices of the RAS Council of Young Scientists, a contest of innovative projects, industry round tables, the Farman Salmanov International Petroleum Academic Congress, a virtual exhibition of innovative projects, and popular science lectures.

The central event of the Forum was the plenary discussion "Smart Oil". It was attended by Natalya Komarova, Governor of Ugra, Pavel Zavalny, Chairman of the State Duma Committee on Energy, Kirill Molodtsov, Advisor to Chief of Staff of the Presidential Executive Office, Pavel Sorokin, Deputy Minister of Energy of Russia, Oleg Zhdaneev, Head of the Competence Centre for Technological Development of the Fuel and Energy Complex of the Russian Energy Agency, Academician of the Russian Academy of Sciences Alexey Kontorovich, Rector of Mining University Vladimir Litvinenko, Rector of Gubkin University Viktor Martynov, as well as scientists, specialists and heads of oil companies.

The moderator of the discussion, Sergey Brilev, President of the Global Energy Association, called Andrey Aleksandrov, a participant of the RNC of the WPC Education Project "EnerGenious", who was invited to the presidium, the main addressee of the discussion. After all, it is the current representatives of the younger generation who will take responsibility for the future of Russia's oil and gas industry. Andrey Aleksandrov, a high school student from Nizhnevartovsk, in his response, said: "I'm going to work in the oil industry!