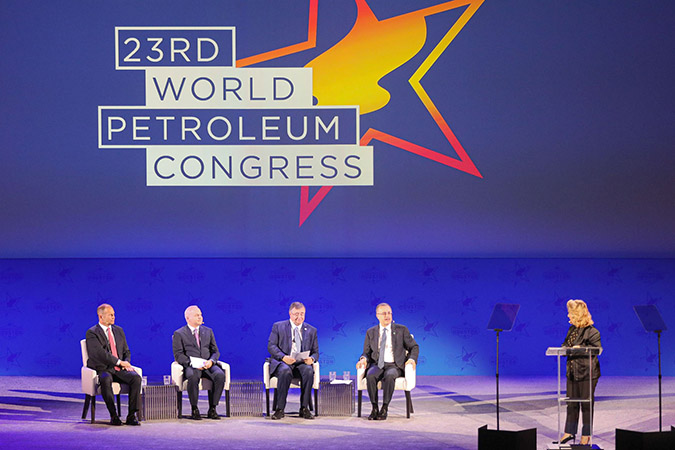 The 23rd World Petroleum Congress, held in Houston (USA), ended on 9 December. During five days more than five thousand delegates representing about 70 countries discussed the most important issues of the future development of the planet's energy industry. Much attention was paid to the role of the oil and gas industry in achieving the goals of sustainable development, ensuring energy needs and reducing the carbon footprint.

Russian National Committee of the World Petroleum Council played a significant role in shaping the Congress programme. Following a competitive selection process, our country's representatives were appointed as Chairs and Vice Chairs of seven congress forums and were directly involved in inviting and selecting speakers and setting the thematic focus of the discussions.

Speaking at the World Petroleum Congress in Houston, oil and gas chief executives highlighted that oil and gas will remain the dominant fuel sources for decades to come. A radical decline in investment in the oil and gas sector threatens to destabilise energy markets and increase social inequalities.

A wide exchange of innovative ideas and achievements took place at the Congress. Technological innovation was seen as the most important factor in ensuring the competitiveness of the industry in today's environment. More than 75 companies presented their developments in the Congress exhibition space.

Needless to say, the participants of the Congress expressed different points of view, reflecting the specifics of interests and approaches to solving problems. The exchange of views at the Congress allowed for a convergence of positions on global energy security and responses to the challenges faced by the industry.

The next 24th World Petroleum Congress will be held in 2023 in Calgary (Canada).