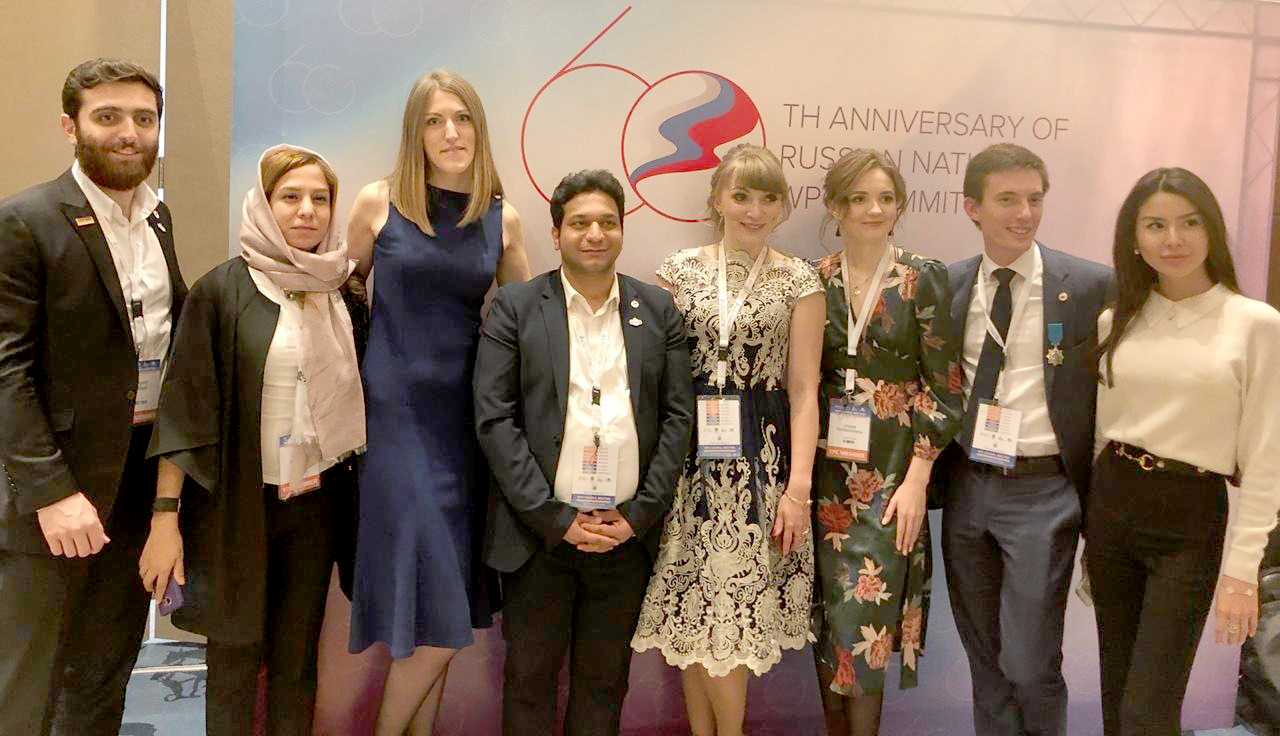 The delegation of the Russian National Committee of the WPC participated in the annual meetings of the World Petroleum Council. At this time, Astana - the capital of Kazakhstan – became a meeting place. The delegation of our country was headed by Anatoly Zolotukhin, Senior Vice-President of the WPC, Deputy Chairman of the RNC of WPC.

A key place in the program of stay of the Russian delegation was dedicated to the preparation of the 6th Future Leaders Forum, which, by decision of the World Petroleum Council, is held in St. Petersburg in June 2019. Director of the RNC of the WPC Vlada Streletskaya reported on the preparation of the Forum at the World Petroleum Council Meeting, and the official representative of Russia in the Young Professionals Committee of the WPC Lesana Kurbonshoeva reported at the meeting of the Young Professionals Committee of the WPC.

Russia's efforts were highly appreciated. Special attention was paid to a good choice of sites, the readiness of the city’s infrastructure to receive a large number of guests, the relevance of the technical program and the admirable cultural program.

“We cannot ignore the fact that the personal participation of the Minister of Energy of the Russian Federation in preparation for the Future Leaders Forum of the WPC brings the event to a completely new quality level,” said President of the WPC Tor Fiaeran.

There was also a presentation of the YouthForum - 2019 at the international investment conference KAZENERGY. “The opportunity to tell here about the upcoming Future Leaders Forum has increased the visibility of the event and attracted the attention of young professionals of oil and gas industry and managers of energy companies in Kazakhstan, as well as several other countries,” said Vlada Streletskaya, director of the RNC of the WPC.

At the meetings in Astana, the Russian delegation participated in the discussion of a number of practical issues related to the preparation and holding of the next World Petroleum Congress , which will be held in Houston (USA) in 2020. Discussions were held at the World Petroleum Council Meeting, the Congress Program Committee of the WPC, in which the Russian Federation is represented by Vladimir Feigin, and the Young Professionals Committee of WPC.

In addition, during the Congress Program Committee Meeting, moderators of the Expert Seminars of the World Petroleum Council (WPC Experts workshop ), elections were held. These workshops will be organized in the period from 2019 to 2020 in 8 countries: Brazil, UK, India, Iran, Spain, the Netherlands, Romania and Sudan.

The activity of the Legacy Fund of the WPC, whose curator is Anatoly Zolotukhin, received a positive assessment. Currently, the Foundation supports the program “Development of the local population through vocational training”, based in Pakistan at the Amanteha Institute. The Foundation took upon itself the studies, trips and accommodation for 20 students. Holders of new grants will be named at the meeting of the WPC in 2020, and applications from countries - members of the World Petroleum Council are being collected.